After I got myself warmed up yesterday, I went out for round two…. 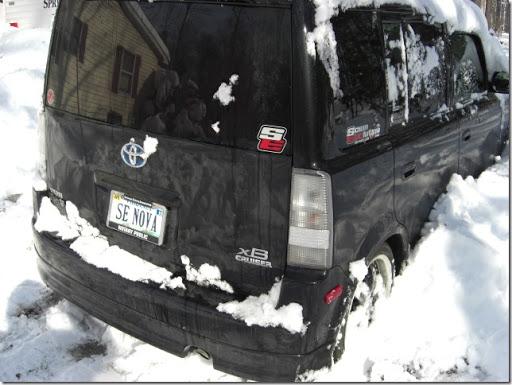 There was a little hump behind the Evil Twin that I had to back over.  I spent about 15 minutes trying to rock her over that hump, but she just couldn’t make it.
I went back inside to call Millers to let them know that I still couldn’t make it out of my driveway.  I can’t believe that they were expecting two customers to come in to buy cars.
After breakfast and the warming of fingers and toes, it was time for round 3.  I had forgotten to dig a path to my Propane tanks.  It would have been a real pain to get soaked with snow in the middle of the night to switch an empty tank over to a full tank.  For some reason, my Propane always runs out in the middle of the night and I have to fumble my way out there with a flash light.
When I went back outside, Kenny and Aaron were busy clearing their driveway so I went out to give them a hand.  Kenny was grinning ear to ear when as he was playing with his Dads toy…..

Kenny and Aaron making the plan on how we are going to park our cars according to everyone’s schedule so that we don’t have to ask each other to move our vehicles….. 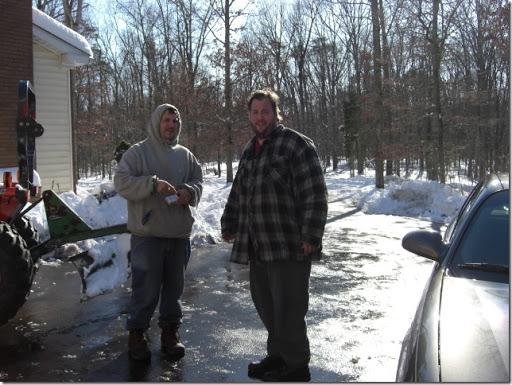 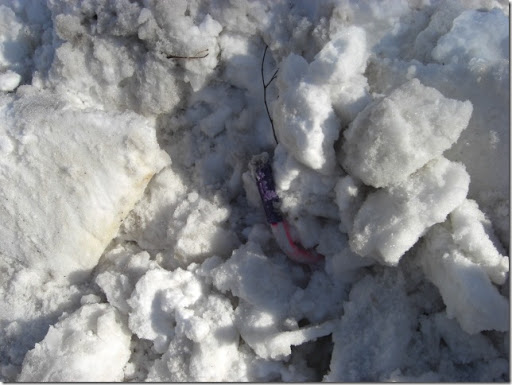 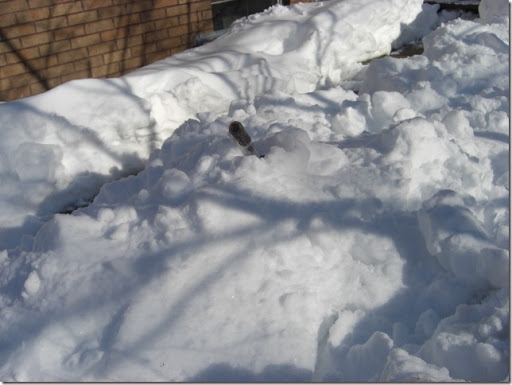 Oh wait….never mind….those are Kenny and Cyndi’s kids bike handles poking out.
Here’s Cyndi coming out to check on us IN SLIPPERS bbbrrr…. 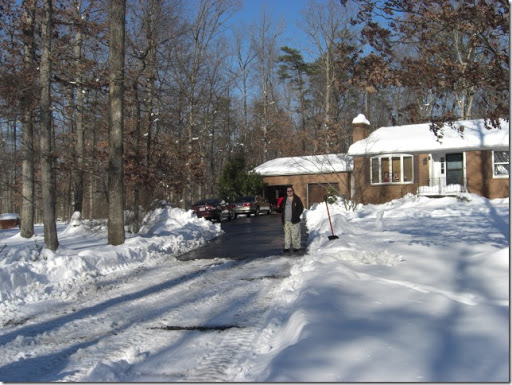 Then it was time to see if we could free the Evil Twin….

Kenny and Aaron’s Dad got home from work.  The three of them tried to push my car over that hump, but it turned out that the path going to the road needed to be widened a bit…. 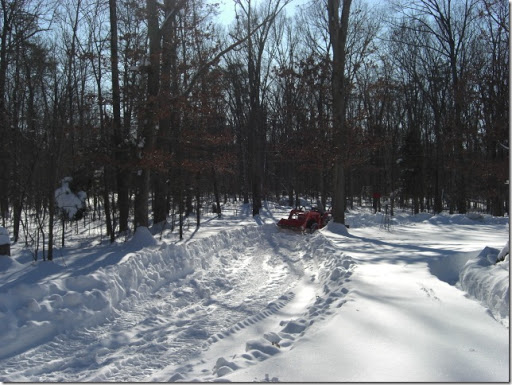 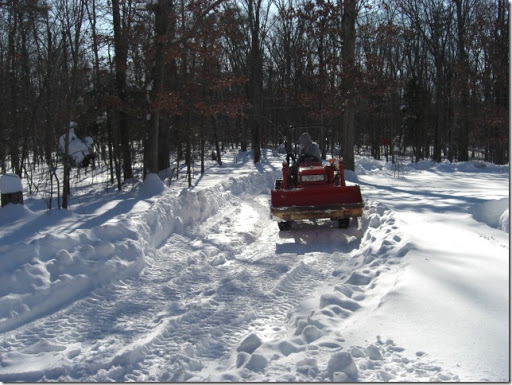 Then Kenny and Aaron’s Dad worked on it a bit more…. 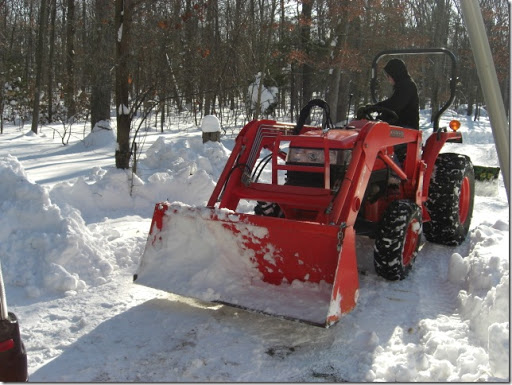 After they were finished, they helped to push me and my Evil Twin out of the yard and in their driveway.
By a little after 3 PM, with the help of my awesome extended family, whom I would never have met if we didn’t all own Scions, she was finally free. 🙂 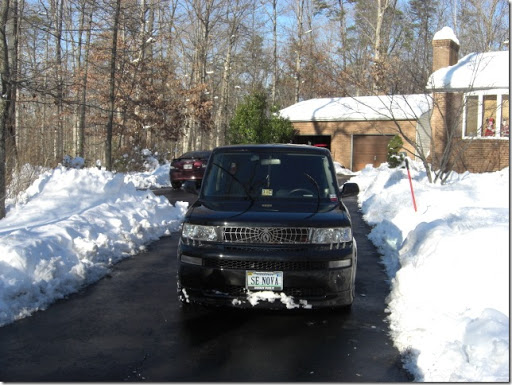 After deciding who had to leave when and who was coming back when, this is how we parked our cars.  Aaron’s xA is snug as a bug behind the closed garage door. He says he’s not driving HIS baby….

Here is Kenny and Cyndi’s Propane tank with a perfect snow “cone head” on top…..

Good thing I noticed that because, with all the digging and scraping, I had forgotten all about my Propane tanks… 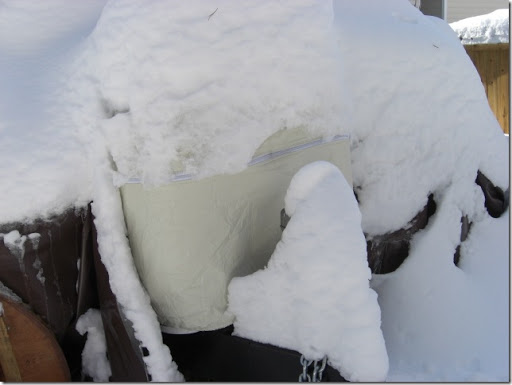 I dug a path to them and removed the snow so that I could get to them before the snow goes away, in case I have to. 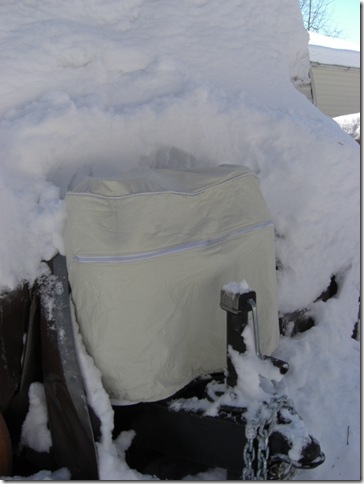 While I was back there, Kenny was trying to free their satellite dish so that they could get their internet back…..

I’m glad that I won’t have to go back there for anything, like emptying my black water tank since it’s totally snowed under…..

I went inside for some big time finger and toe warming and a nice cup of hot tea.
This morning everything is back to normal.  I’m going in to work this afternoon and have a car chase lined up for tomorrow.

13 thoughts on “Digging My Way Out Of The Snow”