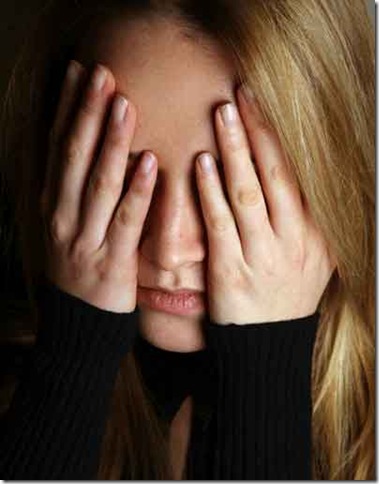 While catching up on my favorite blogs, I was reading Gypsy’s post on putting things off, and I have decided to stop it.
You see, in 2003, I was diagnosed with  Vulvar Intraepithelial Neoplasia.  I thank my persistent husband, that kept on telling me that something was not quite right down there, for finally pushing me to get a diagnosis.
My regular GYN never could find anything wrong.  Nothing ever showed up on my pap smears.  After I kept on complaining about the sore spot for about a year, she finally gave me a referral to another doctor and he performed a colposcopy of the vulva with a biopsy.  When I came back a couple of weeks later, my doctor urged me to have the 3 cm x 3 cm area of skin between my vagina and anus surgically removed.   He told me that if not taken care of, this area could become pre-cancerous.
A month later my Mom drove me to the University of Virginia Cancer Center.  I had no insurance.  The surgery cost me $17,000.00.
It took about a month to recover.  Having this huge medical bill looming over my head I could not take off from work.   I was working from home and bought a special computer stand that I could jack all the way up so that I could work standing.  Sitting down was out of the question.  LOL, I think this was the last time I wore dresses.
At the end of 2004, I noticed another sore spot, again in the same area.  This spot was removed by laser conization…by vaporization.  The doctor did not want to remove it surgically due to the spot being too close to my anus and was worried that doing so would affect my bodily functions.
Luckily I had insurance at this time.
….getting back to Gypsy’s blog……I noticed a new sore spot about two months ago.  I thought it was just irritation due to the heat and just kept ignoring it and putting it off.  It’s amazing what our bodies can get used to.  After a while pain becomes normal.
Even though Gypsy’s post was only about putting off shaving legs, the picture of the chainsaw kind of slapped me into the reality of what might happen if I keep putting this off.
I just made an appointment for the 29th of this month.  Even though I keep hoping that it’s something minor, I think it will be more of the same. 😦