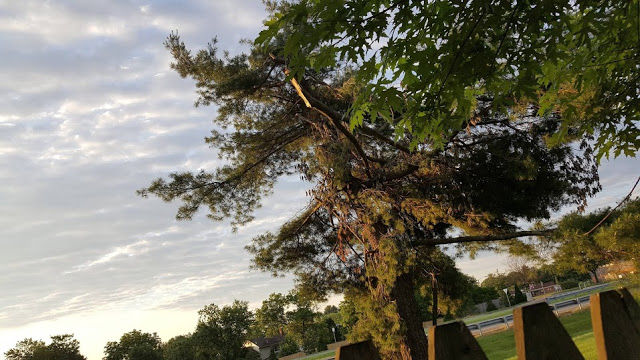 This is what I was left with.
No matter what we tried, the limb would not come down.
It was about 24 feet up off of the ground. 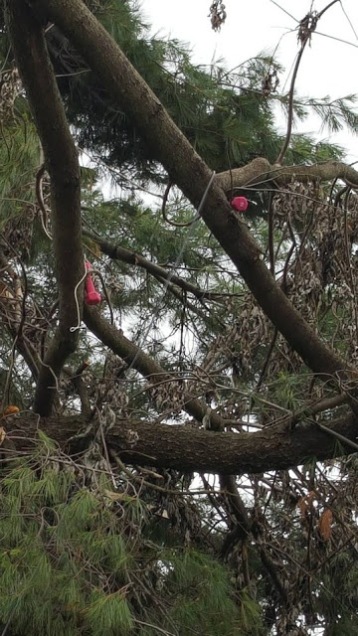 T-jay and I had the idea of attaching a dumb bell that I had, to a rope, then a clothesline, and finally a cable wire.  All three of them broke, leaving two pink dumb bells up in the tree.
Here’s is T-Jay trying to get that limb down.
On Thursday, I called a company that I had used last year when
a limb from that same tree ended up in the neighbor’s yard.
They came a couple of hours later and got three limbs down.
Two I didn’t even notice that were also up in that Pine tree.
These guys were awesome and didn’t charge me a cent. 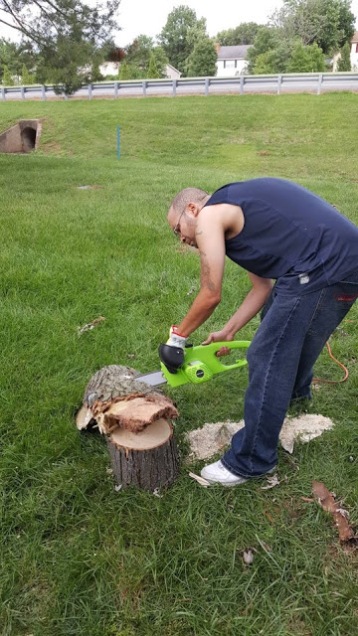 T-Jay and I got a quick course in operating an electric chain saw.
Not as scary as I thought it would be. 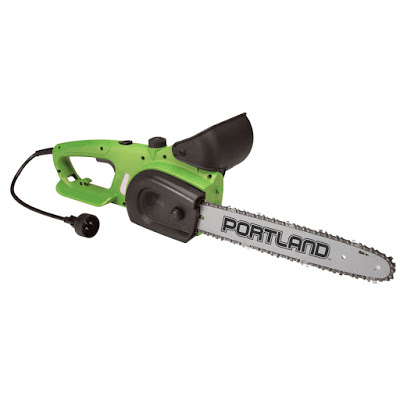 This is the chain saw I got super cheap at Harbor Freight.
It was recommended by “SeeJaneDrill” on You tube. 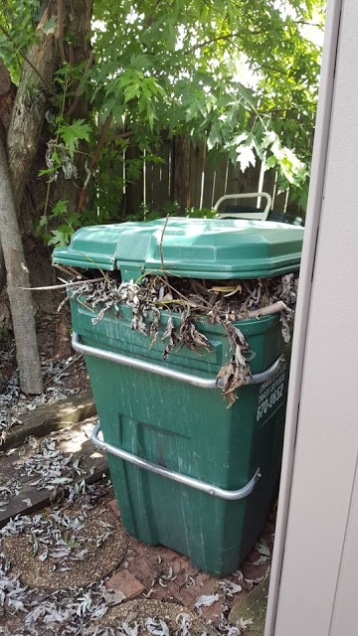 Last week I had that trash can stacked up with branches and the trash company took every ones trash except for mine.  That’s okay, I’ll break the branches and limbs down into little pieces.  They WILL take these tree limbs bit by bit.  I don’t care if it takes me all summer!!! 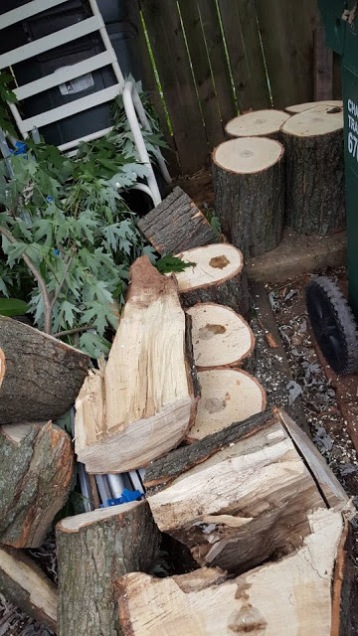 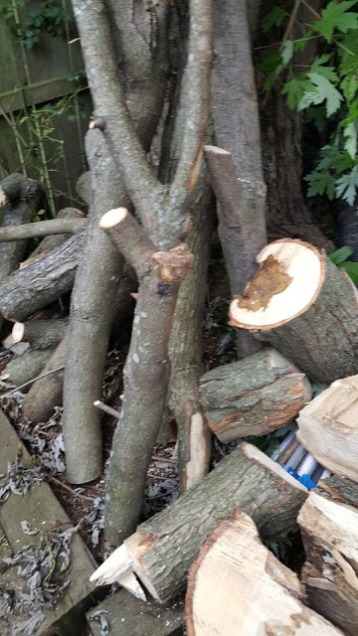 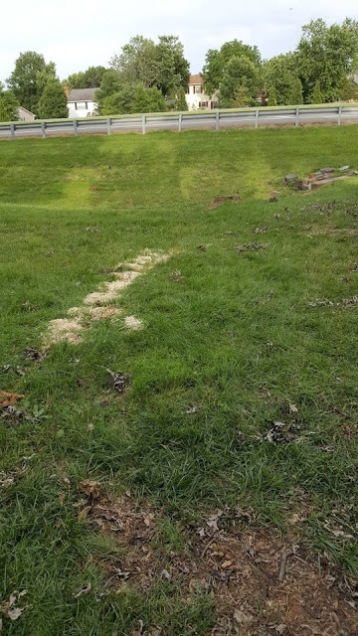 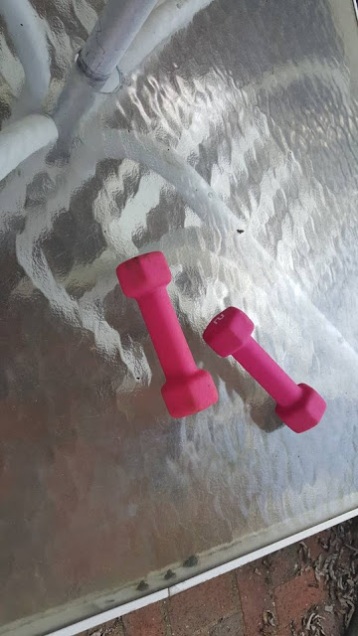 Got my pink dumb bells back! 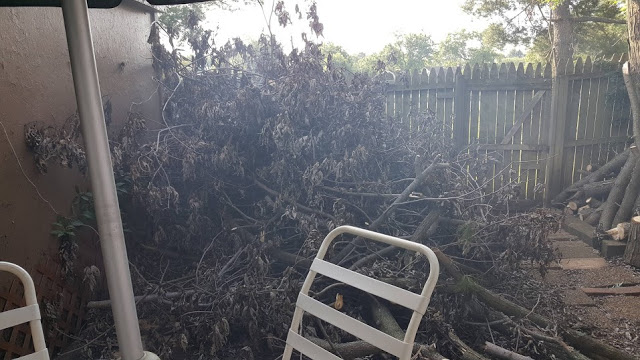 This is the backyard now.  I have whittled it down a bit.
I was going to grill today, but I don’t think I can dig my propane tank out from the little shed that’s under all that tree.