….it’s still fixing things. I took this photo on 2/2/2010 right before going to the doctor.  That red boil like looking area on my jawbone had been there for around six years.  The doctor at that time told me it was a boil, but I know what a boil looks and feels like and this wasn’t it.  I refused to take the antibiotics she prescribed and just left it alone.

I took this photo yesterday.  What ever it was has completely disappeared.  This convinces me more than ever to keep taking LDN and wait for things to repair themselves over time.

This latest issue that has gone away, is the last known health issue I had.

I found out last night that Silly has been offered the starring role in “Diary of Furrydance Esyld”.  She has hired Garfield as her PR manager who has been traveling the country passing out autographed photos of her. 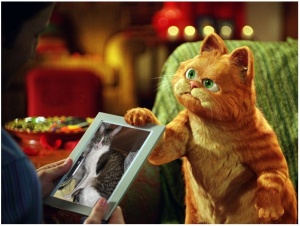 Posters of her have  also been featured at some of the nations largest car shows.

Of course with her new-found fame, baby pictures are showing up everywhere. 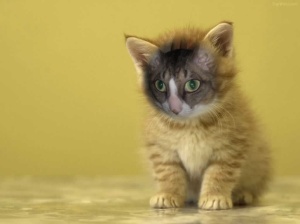 Next week she will be featured at a local art gallery.

I knew something was going on.  She’s been bouncing off the walls more than usual when I get home and talking up a storm.