I happened to stop by the parts department at Miller Scion and found out that the Prius badge had come in early. My boss took the badge to the service bay and had one of the guys file down the little plastic prongs that plug into the body of the car since my hatch doesn’t have any holes in it.

I just finished putting 3M double sided tape on the back of the badge and glued it on the Evil Twin’s hatch. It looks better in person than from the photo and I am really pleased with the look of it. Now the only badge that shows that the Evil Twin is a Scion is the xB badge on the right rear. 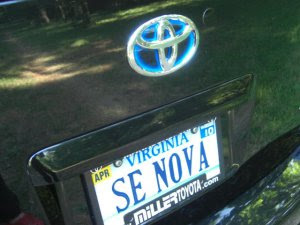 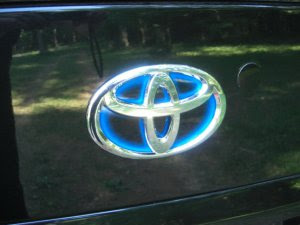 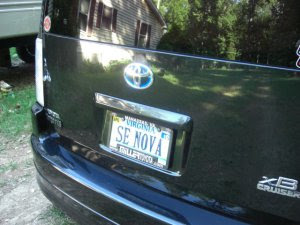 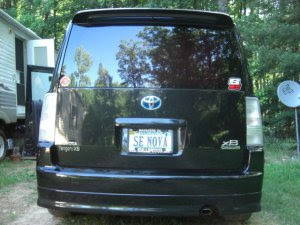 James stopped by the dealership last night to show off his new wheels, tail lights, and dual exhaust installed on his Scion xB 2nd Generation. 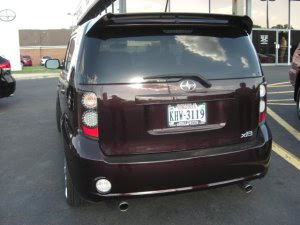 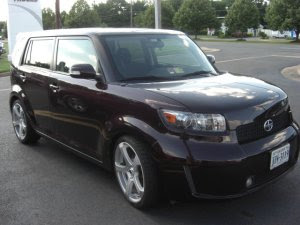 I still haven’t fixed my printer yet. I keep on putting it off because I hate to mess with it.

Last night T-Jay stopped by the dealership and he asked me if he could come to the house to use my printer.

Well, I guess I better get to it then. I hope I can fix it to print black. If not, I’ll have to get out the portable printer that’s in the car. 😦