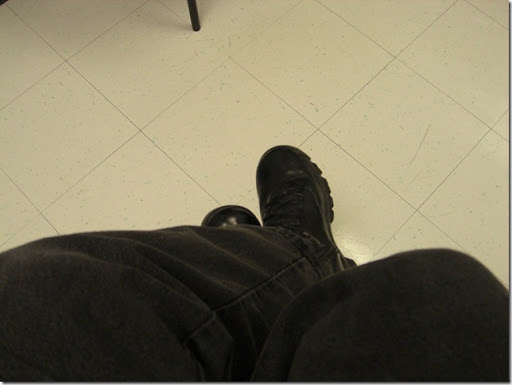 This is me this morning at the doctor’s office waiting…..waiting…..and waiting.  Nothing else interesting to take a photo of here.
My right eye has been bothering me for the past three days.  First I thought it was just a stray eyelash, but the aggravation just wouldn’t go away so I bit the bullet and called for an appointment.  Good thing I went because it turned out to be a viral infection.  They prescribed some eye drops and I should be good to go.
Damn…..lately it’s just been one thing after another.  Maybe if I get all this stuff out of the way, I’ll be good to go all next year?
Right beside the doctor’s office, I saw a Pigeon in the grass by the sidewalk.  I was so surprised to see it there and was worried that it was hurt.  Anyway, I was about to run late so I didn’t stop.
On my way out, that same Pigeon was sitting in the grass.  I stopped to see if it was okay. 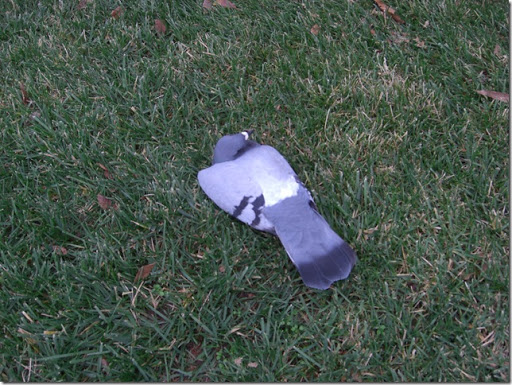 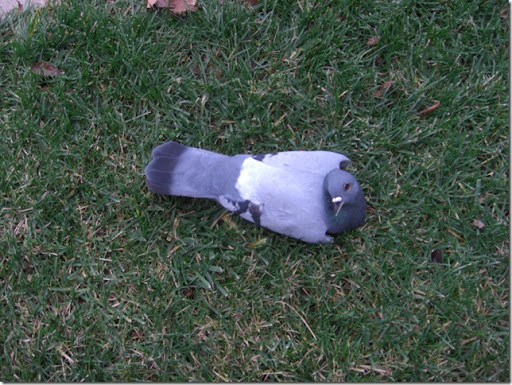 LOL…..it was a fake.  I wonder how many people fell for it?
After my appointment, my little sister took me out for lunch…..yes…..my favorite…..SUSHI!!  🙂 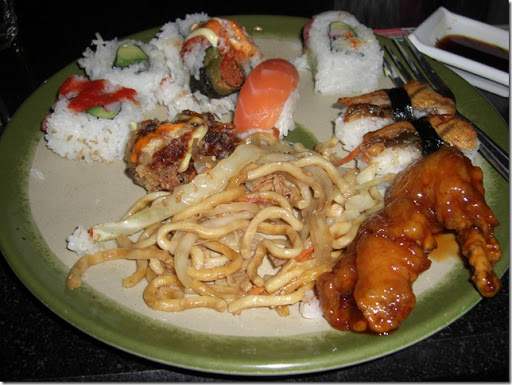 Didn’t want to make myself look like too much of a pig….so I took the photo after eating half the Sushi.
After lunch, my sister went with me on a car chase in the neighborhood.  We couldn’t find the man, nor his car.  Rat Bastard!
Then a great cup of coffee at my sister home after which it was time to go to work at Millers.
Long day tomorrow and we are supposed to get rain and snow.  I see they have already pre-treated the roads around here.  I did stick my nose out of the window to see if I smelled Sugar Beet syrup….but no.  I guess it’s just too expensive for our counties and they used the regular salt and chemical mix.  LOL….should be just a swell day!
Now…..a cup of tea and some eye drops and then off to bed.