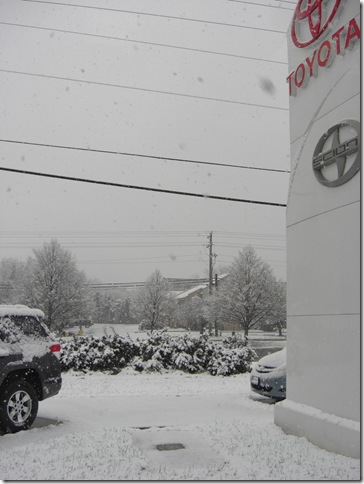 It started sleeting when I left my home at 8:15 this morning.  10 miles later it turned to full blown snow.  Huge flakes.  It didn’t stop snowing until 8 hours later.  Luckily it was above freezing the whole time. 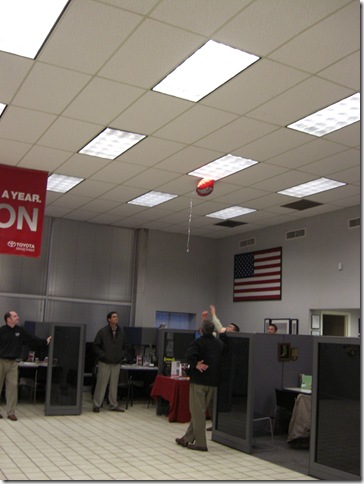 This is the guys jumping up to get that last balloon from the ceiling before we closed up.  That’ll keep the alarm from going off in the middle of the night from that string which never fails to move around and set the sensors off. 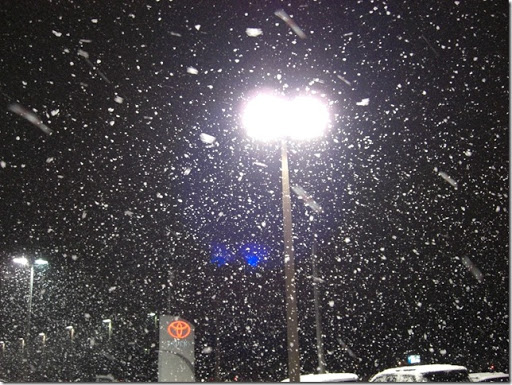 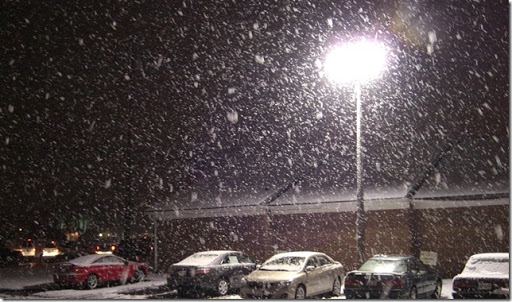 Normally we don’t close up until 8 PM on Saturdays, but because of the weather, we got out of there at 6.
I stopped at Harris’ Titty (Harris Teeter) before going home to pick up a few things to put in my empty fridge. 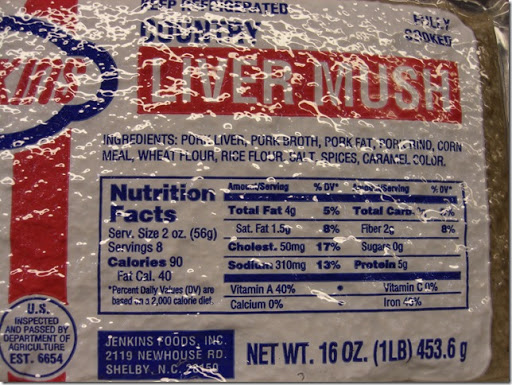 WTF????^^^^^^^ This was in the breakfast section.
I managed to bottom out on the road on the way home.  Somebody was apparently either too lazy or just didn’t give a damn about his or her fellow human beings….the rat bastards…..and lost a huge chunk of wet, heavy, snow from the top of their car.  It was right around a curve and I was afraid to slam on my breaks.  It hurt me to my heart to hear the scraping when I drove over it.  I’m so glad that this mess hasn’t frozen solid yet.
Tomorrow should be fun.  It’s going to freeze for about 9 hours after midnight and I have to do a couple of car chases tomorrow.  I think that anybody that doesn’t remove snow and ice from on top of their vehicle should be ticket instantly!! 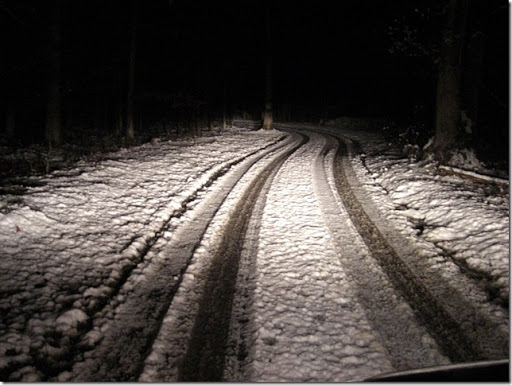 Right now it’s beautiful outside.  This is in the driveway. 🙂  I see I’m not the only one that was out and about in this mess today.
Ruben and his guys take care of a subdivision in Centreville for a snow removal company, so we are hoping for lots of slippery sidewalks tomorrow.  It’s a quick and easy paycheck! 🙂